A Holiday Offer for you!

Get risk-free access to Argoid's best-in-class AI personalization engine on your eCommerce store for 12 weeks. Take conversion rates up in a single sweep!
Apply Now!
No thanks
LOADING

Our vision is to

Enable businesses to grow &
‍thrive with our AI based personalization

We founded Argoid to help organizations increase their revenue tenfold by bridging the gap between each individual consumer’s intentions and preferences with what brands and media platforms have to offer by delivering 1:1 personalization powered by AI.

By Partnering with the best in the business

We go the extra mile to ensure flawless execution and top-notch support because our customer is always #1 for us.

Every event is treated as a learning opportunity. We learn from each other, our customers, and the industry to ensure that you, the customer get the best.

Our team members come with a diverse and complementary skill set, attitude, and experience. This allows us to learn better, deliver faster, and leap-frog our competition.

We know how to have fun and combine that with serious professionalism to create amazing memories for our customers and us! 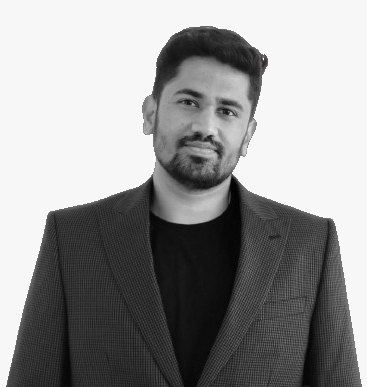 Gokul combines business savvy and strong engineering skills as the CEO and Co-Founder of Argoid. Gokul worked at Flipkart, Goldman Sachs, Huawei, Honeywell in the past and has made fundamental contributions to Hadoop and Kafka. 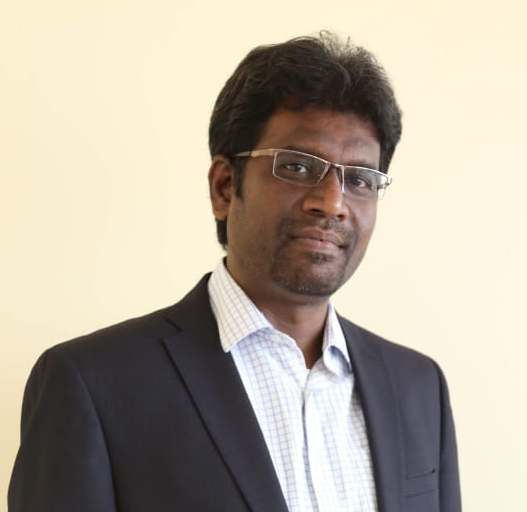 Serial entrepreneur and 3x start-up founder, Soundar is an IBM Hall-of-Famer and is known for his contributions to Data Engineering & Distributed Computing. He's frequently seen at panel discussions or giving keynotes at conferences by PayPal, Oracle, Hadoop, DigitalOcean, etc. 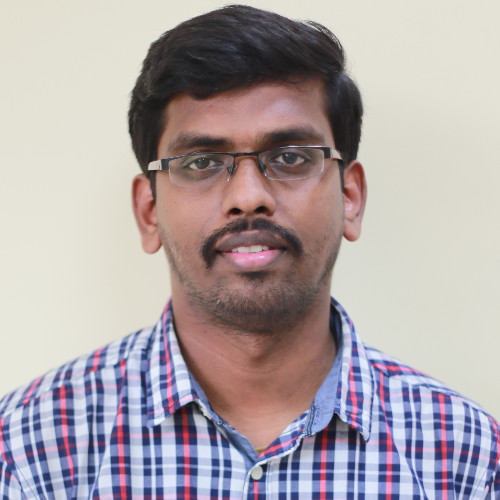 Equipped with deep engineering skills from his 10+ years in Data Engineering, Chackra is focused on building the best platform in distributed computing and ML. Chackra has also made fundamental contributions to Mapreduce, YARN, HDFS. Blueshift, Slider, Streamsets!

Board of Advisors and Directors 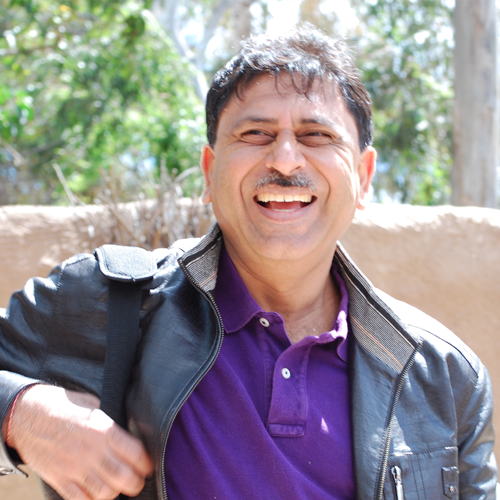 Kanwar Chadha is a well-known entrepreneur and angel investor with 35+ years of experience. He is famous for his visionary role in bringing GPS to mainstream consumers through SiRF Technology, a company he co-founded and took public in 2004. He was also a cofounder & CEO of Inovi, a developer of innovative millimeter wave, multigigabit wireless technology, which was sold to Facebook and is the foundation for FacebookвЂ™s Terragraph product family. Earlier, he co-founded and was Chairman of AQuesT, a developer of multimedia and 3D graphics acceleration products.

Kanwar is currently Executive Chairman of Binatone and Hubble Global, leaders in consumer IoT products and services. His previous experiences include member Board of Directors of two public companies SiRF (Nasdaq) and CSR (LSE) and also GM of the multimedia group at S3 Inc. He started his career at Intel in marketing and managed multiple product lines.

Kanwar received his B.Tech. in electrical engineering from the Indian Institute of Technology, New Delhi and his MS in CIS from the University of Pennsylvania, simultaneously with an MBA from the Wharton School of Business. He holds more than 20 patents in GPS-enabled location technology and communications fields. 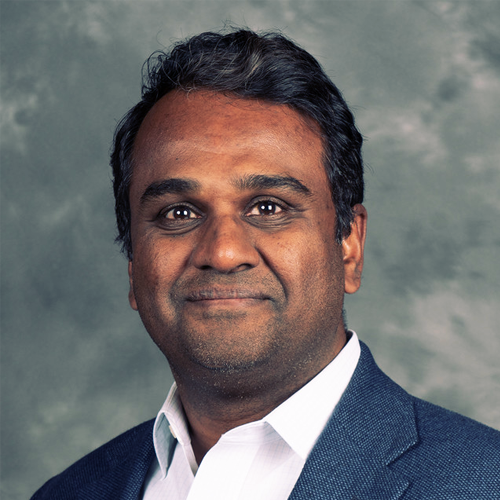 Anand Reddy is a senior sales executive with over 20 years of experience in driving sales in the Telecom, Media and Entertainment (TME) sector. His key areas of focus have been digital transformation, digital engagement, security and data driven enterprise.

Mr. Reddy has previously worked in high growth startups, Big 5 consulting firms, and with Fortune 50 companies in the TME segment. He is well versed in the challenges and specific needs of start-ups and has a proven track record in helping start-ups with strategic growth. In addition to advising on sales strategies, he also helps with raising capital, product strategy, professional service enablement and alliances.

Mr. Reddy currently serves on the Board of Directors for Argoid and is an advisor for Line Financial, a public benefit company.

Mr. Reddy has a B.S from Bangalore University and M.S from Texas Tech University. 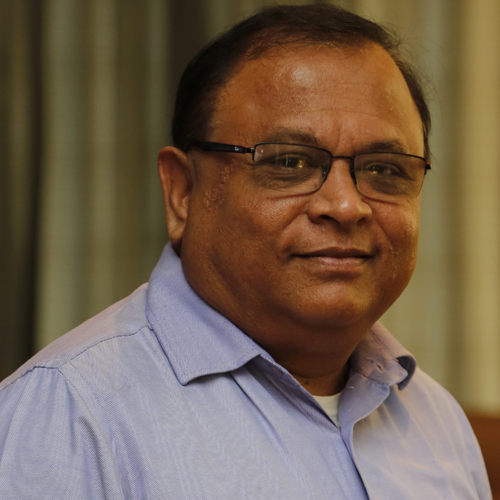 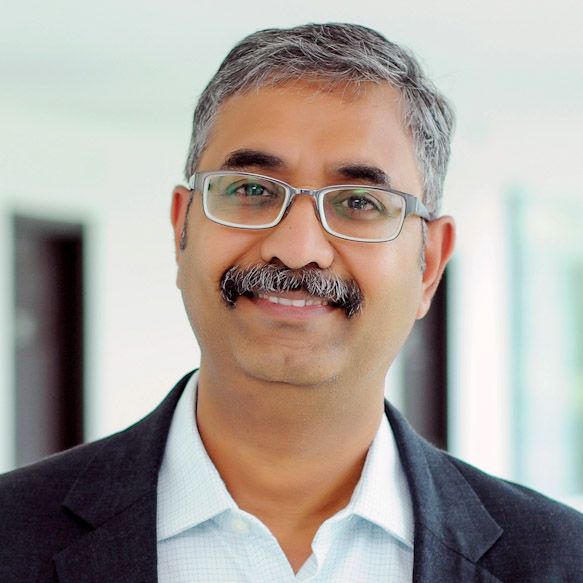 Girish is a co-founder of YourNest, an early stage DeepTech focused VC fund. He has a varied experience of over 27 years across domains like IT consulting, Telecom, Media and Financial Services. He specializes in Early Stage Venture Capital investing, Data Warehousing, Business Intelligence and Analytics.

With a strong process centricity and expertise in analytical and decision support systems, Girish is responsible for evolving the investment strategy and recognising emerging trends and venture opportunities at YourNest. Speed and focus is his mantra, for the initial stages of a start-up.

An avid traveller, Girish is tech-savant, and has an in-depth understanding of emerging technologies. Tracking disruptive technologies and able innovators are his passion.

He is an Alumnus of St Stephens College, Delhi and IMT, Ghaziabad. 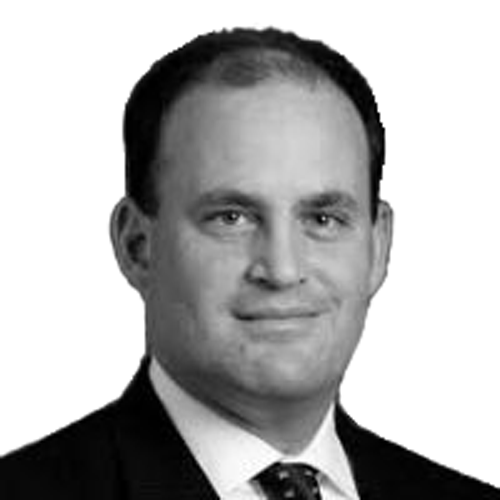 David Stonehill is the founder and Managing Partner of Rock Mountain Capital, L.P. and is responsible for deal origination, transaction execution, portfolio management and overall management of the firmвЂ™s operations. Mr. Stonehill has over 20 years of experience in private equity focused on middle market investments, concentrating on the Consumer Goods & Services, TMT and Consumer-Facing Healthcare Services sectors. Mr. Stonehill currently serves on the Board of Directors of GeoLinks and Newport Healthcare, and on the Advisory Board of Brand House.

Prior to founding Rock Mountain Capital, Mr. Stonehill was a Partner and Managing Director at The Carlyle Group. While at Carlyle, he served as the Deputy Fund Head and a member of the Investment Committee for The Carlyle Equity Opportunity Funds I and II, CarlyleвЂ™s funds focused on the North American middle market. Before joining Carlyle, Mr. Stonehill was an Executive Managing Director and the Head of U.S. Private Investments at Och-Ziff Capital Management. Previously, he was a Principal in the Private Equity Group at Blackstone and also worked at Chartwell Investments and Bain & Company.

Mr. Stonehill graduated from Harvard with a degree in Applied Math with Economics and earned his J.D. and M.B.A. from Harvard. 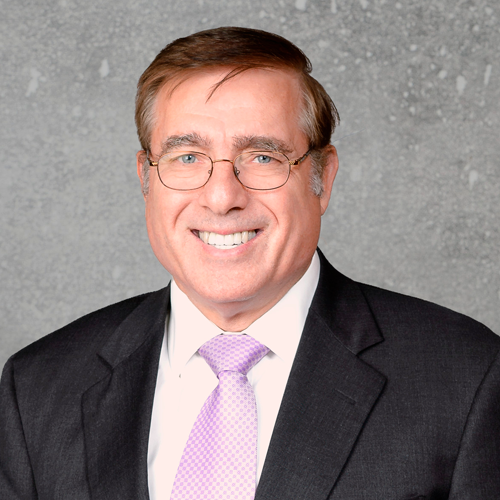 Mr.Barak was senior executive with Tadiran,. During his 12-year tenure, over $3 billion in revenue was achieved under his direction, and Tadiran became major suppliers of tactical communications to the U.S. Army. Mr. Barak developed strategic alliances and partnerships with some of the largest aerospace and defense companies. In 1993, Mr. Barak established his own marketing and consulting practice, advising U.S. and international companies on business development, marketing strategies in the aerospace and technology fields.

Mr. Barak is a Venture Partner at Lux Capital, Lytical Ventures, and member of the Board of Directors of Skyline Software, WhiteCanyon Software, Weatherbell Analytics, and Toonimo and special advisor to Astra Capital, Exelot, Argoid, Zentech Manufacturing and Heller Industries. He previously served as a Board Director at Brashear LP., Fairchild Imaging, and Arinc Corp., all of which were acquired by major companies with exceptional returns to their investors. His many clients have included The Carlyle Group, Alliant Tec (ATK/NG). Boeing, DRS, L-3C, IAI, ITT, General Dynamics, AAI(Textron), BAE, EDS, E, Elbit Systems Selex, Ness Technologies, Vought Aircraft, SanDisk, United Defense, M-Systems, Mantech International, NanoSys, Rockwell Collins, Rada and Raytheon. Mr. Barak has a M.Sc. in E.E. from the Technion Institute of Technology, Israel. 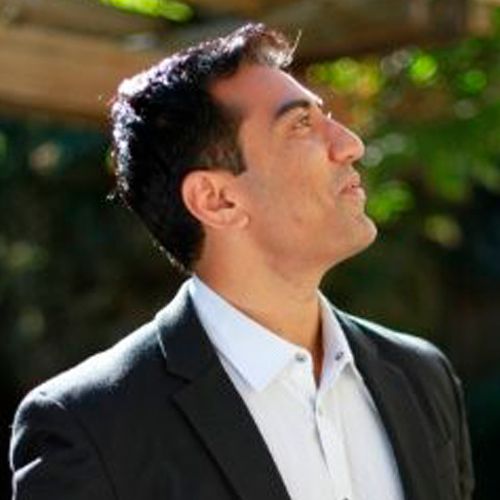 Varun Bhagwan is an executive with 20 years of experience leading numerous R&D projects from inception to delivery. Varun currently serves as Vice President of Product Management & Engineering at Verizon Media, where he is responsible for all Advertising Data Products: Targeting & Identity, Insights & Measurement, and Trust & Verification. Prior to the formation of Verizon Media, Varun held several leadership roles at Yahoo! focused on Data, Insights & Measurement as well as Mail Monetization Insights & Analytics.

Prior to joining Yahoo!, Varun worked in research for 12 years at IBM where his focus areas included text analytics, web-scale systems, information Integration, healthcare, and privacy.

Varun holds his Bachelor of Engineering in Electronics and Telecommunications Engineering from Maulana Azad National Institute of Technology, and his MS in Computer Science from University of Florida. Varun has invented or co-invented roughly 50 patents, is a Yahoo! Master Inventor, holds 10 honors & awards including VerizonвЂ™s top honor of the Verizon Credo Award, and produced more than 15 publications in top tier conferences and journals. Varun is also a frequent speaker at industry events and represents the company at events such as CES, Cannes Lions etc. 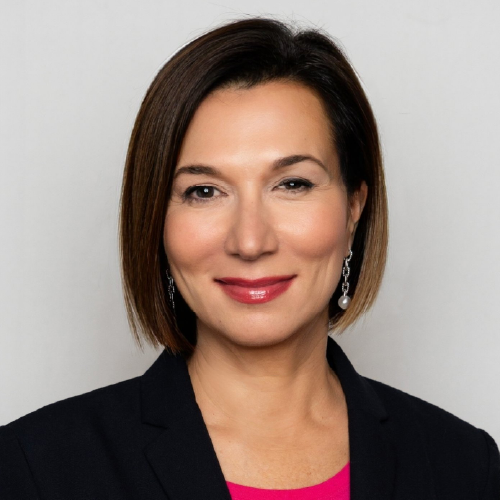 Mary Ann Bianco is a 30-year, high-tech executive with a background in Cloud SaaS Enterprise applications and AI/ML for both Fortune 500 B2B and B2C companies. Her career has focused on high-growth leadership roles that drive revenue through customer success, product adoption, and client expansion. With her strong operational career running large-scale teams for Oracle, Mary Ann is known for her knowledge in Enterprise Applications, Governance, Risk, and Best Practices for product adoption leading global customer teams. As VP of Customer Success, she was a key operational leader in transforming the On-Prem to Cloud SaaS business building out the strategy to deploy and grow a high-touch customer success model. As Chief Customer Officer, Uniphore, Mary Ann built out 4 key organizational pillars: Global Delivery, Professional Services, Customer Support, and Success in the AI Conversational Automation space.

Mary Ann is committed and passionate about supporting women in the advancement of their careers- as an early pioneer in 2006, she was one of the founders of OWL (Oracle WomenвЂ™s Leadership)- originally a grassroots initiative that grew to over 50,000 women in 27 countries. She is currently Board Chair for Watermark, a nonprofit focused on Diversity, Equity, and Inclusion for women. 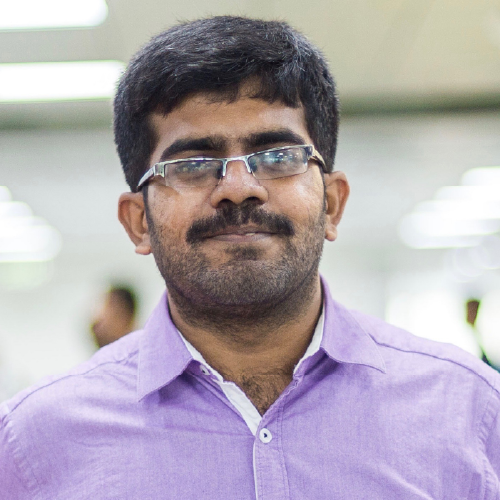 SRK aka Sudalai Rajkumar is a data science veteran and a 3x Kaggle grandmaster with more than 11 years of experience in this field. In his career, he has worked on a variety of areas including natural language processing, recommendation systems, forecasting, computer vision and voice analytics. He has built scalable AI products and helped clients solve their problems. He is an alumnus of PSG Tech and IIM Bangalore. He is a Kaggle grandmaster in competitions, notebooks and datasets section. He was numero uno in Analytics Vidhya data hack platform as well. He is regarded as one of the top 10 data scientists in India by Analytics India Magazine and also by Jigsaw academy. He is a community builder and has conducted a lot of data science workshops, webinars and meet-ups. H2O.ai |Freshworks| Tiger Analytics | Global Analytics

Actively covered by the best in the media 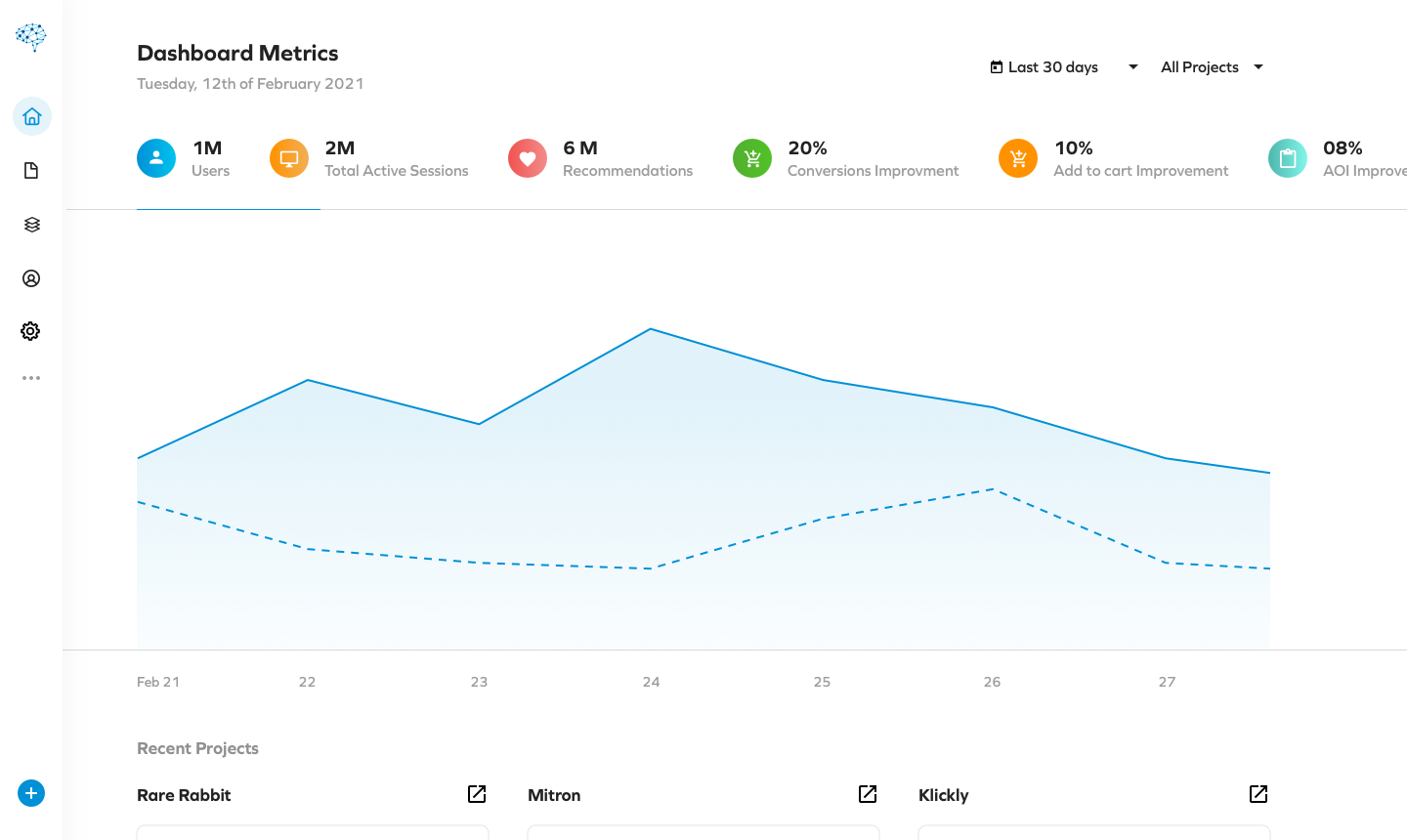