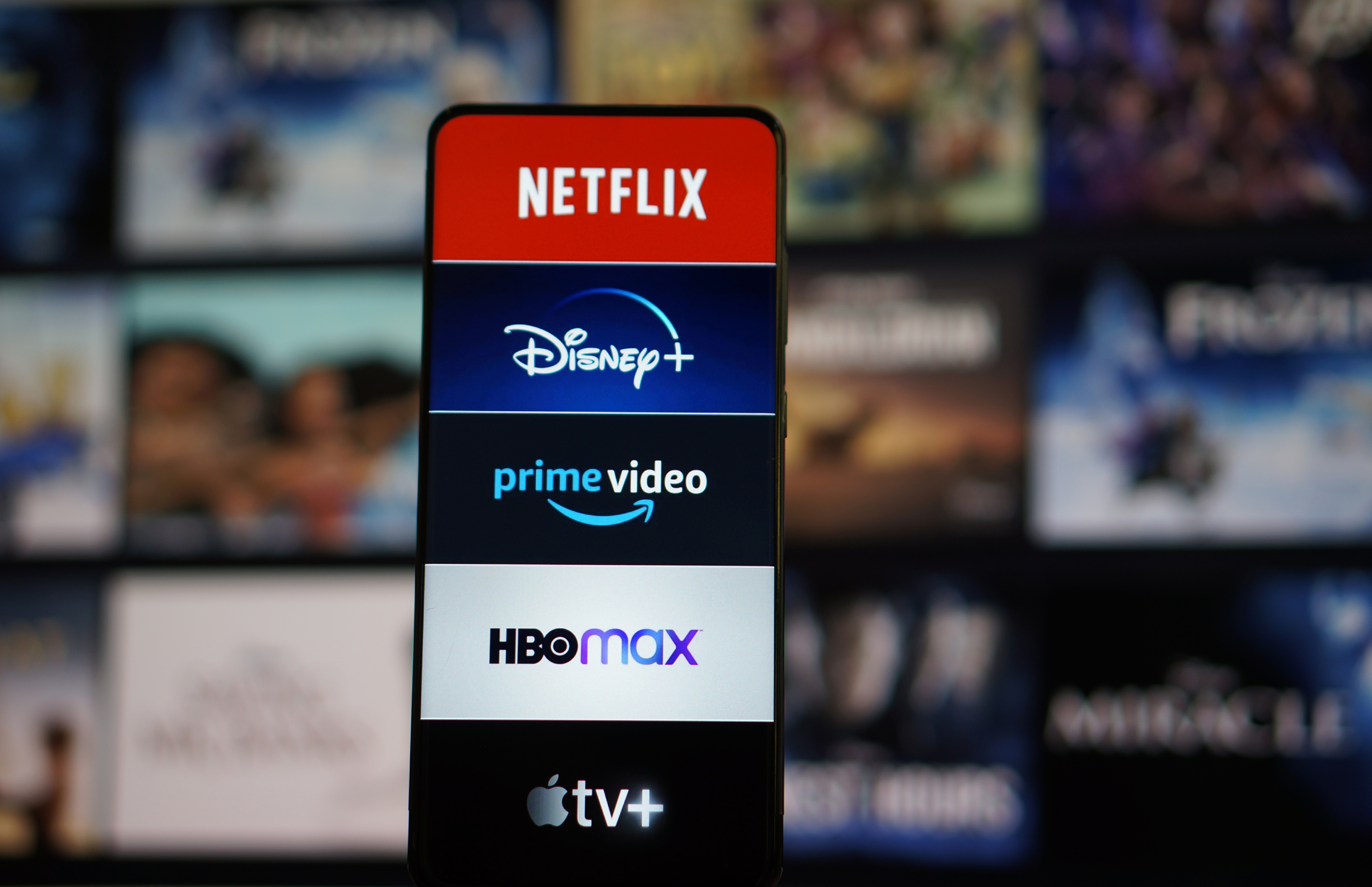 On-demand streaming services offer us almost unlimited content for an affordable monthly subscription. Streaming services have grown to become a big part of our social life. These services are a catalog of relatable content and endless topics of debate. It has now created a pivotal impact on our lifestyle.

The influence that these services have in our lives is imminent from tiny nuances and cultural references and the cult following that TV shows and movies gather. Streaming services have evolved mainstream cinema and television, bringing in an ever-increasing user base into its garb.

The growth of subscription-based on-demand streaming services is imminent from data published by them, with Netflix adding as many subscribers in a quarter as they did in the year 2019. With work from home cutting down on work commute times, there is now a lot more time that can be spent in leisure than ever, not to mention that such a paradigm shift has allowed for more family time to bring them closer. Many streaming services, especially Netflix have added as many as 50–60 new movies a month and are increasingly making family-oriented content.

This influx of content and subscribers means that there is now more content available to an average subscriber than they can watch in several lifetimes. In an age where digital media is constantly bombarding our devices, how do we find that one telecast that we shall remember as a mind-numbing transcendental shift in our perspective? Or, how shall content creators tailor such experiences, in an era of ratings and its stronghold on loyalty and disdain?

Humans can process only a few pieces of information at a time. However, streaming services typically have thousands of shows to watch from and at least 20–30 shows per page on their site. So, even if a user gives 15 minutes of her time looking for content, she can only spend 30–45 seconds evaluating a telecast before deciding on what she would want to watch. The front page of a platform is a marketing page, which sets a precedent for what essentially is a gamble for watch-time. It could end up with a user spending their weekend breaks on the platform or them moving on to another.

Providing Recommendations to the User

A platform needs to provide content that aligns with the preferences and interests of users. Often, a simple questionnaire or profile page can get the preferred genre, cast, or language. But more often than not, users show seemingly unpredictable streaming patterns, which a survey may not capture. As the tastes of users differ from one another, across different demographics and personalities, compounded by cultural differences, recommendations can quickly become a complex problem encompassing many parameters.

A Recommendation Engine would, in short, require a system that interfaces with existing content, which in the case of a streaming service, are the streaming titles, or algorithms that prioritize content based on parameters.

Video-on-demand services can use profile data and session files to allow users a wide array of features, such as web-caching, smart suggestions, and offline playback. Systems use cookies, storage APIs, and device identification methods to analyze user preferences and provide them with device and region-specific content.

User profile data would, in general, include details such as user preferences, region, the device used, and purchase history.

User Interaction Data is composed of user watch history, search terms, and can include comments or ratings the user has given certain content.

Video/Streaming Content includes video metadata, codecs used, and video files. These are usually stored in databases and may include reference links to external databases.

User tracking data must first be organized and cleaned of any noise (or any external inconsistencies). Cleaning involves removing redundancies in data, checking for the structural integrity of the data, such as by correcting naming conventions, and finally going in for data verification with known parameters to ensure proper collection of data.

User data may contain inaccuracies due to formatting errors or missing values. Other strategies are scaling and normalization of data, appending character encodings, and preliminary parsing of data such as dates, strings, etc. [4]

Data that is present in a system may need augmentation from multiple reference sources. A good example is a movie catalog on a website, which may require additional information such as cast, rating, or release date from public databases or review sites. Further, databases may need to update data regarding ratings, accolades, etc. Data Enrichment deals with systems that consolidate data from different databases to complete missing or incomplete data or further enhance data for its usability and processing. [5]

Here, the engine searches for content that is relevant to the query. An example of this is if a user watches two videos on a particular topic, such as houses, the engine searches for videos on architecture or housing. Another criterion could be using a collaborative recommendation engine. Here, relevant content is suggested based on the browsing habits of constituent users in a user-group, made based on user profile and pattern recognition. So, if a user in a certain user-group watches a video, the same video is suggested to users who are in the same user group.

A quick solution could be to isolate the demographic of the user base and suggest to them content that is popular in the region. But this could be inaccurate when considering that most locations provide habitation for a cosmopolitan and cultural divide and that not everyone may have the same personality. Such a cultural distinction is prevalent in major countries like India, the USA, and Japan, where there are many different cultures of people residing there.

Content that is popular, or watched by many, may not serve as indicators of relevance. since a TV premiere or movie that is trending on streaming platforms may not appeal to the user. After all, we can all agree that we often look past the popular or trending in your region pages on YouTube. Such recommendation engines prevent new content from breaking in and enjoying a following since no user may have been exposed to that content yet.

Another approach could be to suggest content based on certain characteristic features, such as ratings, awards, or the cast in general. Most streaming services actively promote such content to the user in the form of exclusives or premieres. However, not every user shares the same interests as the average user and excludes the influence of outliers. IMDb listings are a great example, where there is no strong correlation between the popularity of a series and its rating.

This type of content-based recommendation is quite popular and has its roots in social media, where users would fill out their interests, favorite events, music, etc. The platform would then use this to recommend acquaintances, events, and show advertisements. These types of recommendation systems use contextual information from the user to target them with content based on ranking and scoring algorithms.

Frequently, these recommendation systems can work in combination with each other. Most streaming platforms provide popular trending pages, along with genre-based recommendations, as well as a hybrid between ‘popular’ and ‘based on what you like’ content.

The recommendation system ranks the chosen content based on their order of similarity and relevance. The system ranks the candidates based on characteristic features. The system then draws a mathematical analogy between these features based on the similarity of one candidate to another and calculates an analogical distance between them. So, consecutive cat videos would rank nearer and hence, be more identical than a cat and a dog video.

The system uses a set of objectives to score the content. These objectives could be either to maximize the click-through rate, maximize watch-time, or in some cases, even to maximize ratings for a piece of content. Here, many factors are taken into consideration when scoring. For example, a recommendation system places the objects on the screen only after the ranking and scoring process is over. However, the position of objects on the screen may introduce a bias into the system since users are more prone to click items on the top of the screen than the bottom. Hence, recommendation systems have to factor the above in the scoring process itself.

Here, the algorithm ranks content after the scoring process again based on criteria, which may change the type of candidates generated. For example, a query for a mezzanine cat would eliminate candidates for the search query cat because of the filter mezzanine. The recommendation system then narrows the pool of candidates and subsequently affects the scoring and ranking process.

Recommending content based on the system of modeling for watch time has helped video streaming services like YouTube improve their prediction on user analytics better than traditional methods for fitting data. Including algorithms that are more inclusive of features, such as the age of the content, allows for a better ranking of popular videos. These recommendation engines also power Google Analytics and Ad words, which have proven to give valuable insights on how content creators may make series or movies that would better suit their target audience. [6]

Such systems have shown moderate success in suggesting content based on matching search queries, keywords and ratings. However, telecasts are more than just ratings and comments on a dashboard. Movies or TV series have a premise, plot, and context. Simple recommendation engines only provide keyword-based matching, which leaves many distinctive features out of the dataset.

How Argoid Can Leverage Trends in AI To Provide Personalized Recommendations

Argoid provides end-to-end solutions for businesses to deploy infrastructure for smart search, recommendations and customer analytics in the cloud.

Web services may choose from a wide array of recommendation systems and use customized machine learning models to provide users with relevant content.

Make use of big data analytics to provide users with comprehensive reports and valuable feedback.

Join 1000+ other who enjoy reading our weekly newsletter
Thank you for subscribing to our newsletter!
Oops! Something went wrong while submitting the form. Please try again. 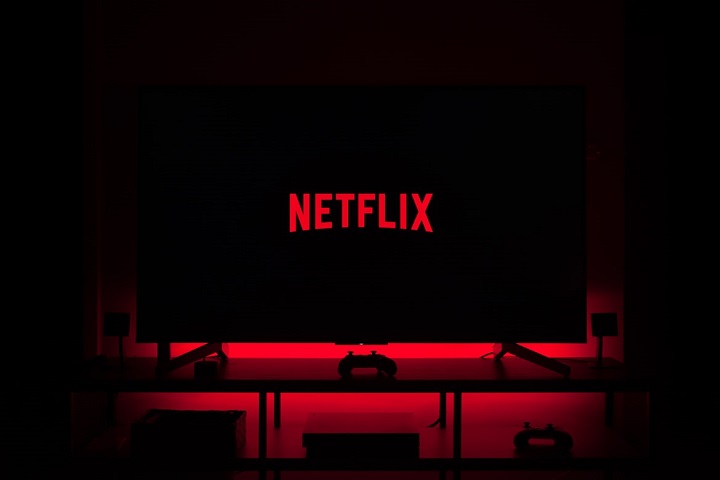 How does Netflix's recommendation engine manage to maintain a low churn rate?

Want to know the secret of Netflix's low churn rate? Here we have listed it part by part. Read now to find out. 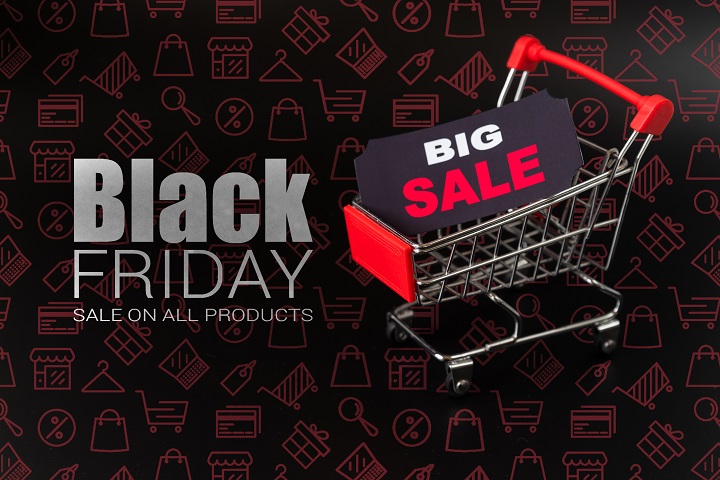 10 Ways to Grow your Black Friday 2021 Sales with Personalization

Here are all the secrets and tricks that you need to know for boosting your Black Friday sales. Make sure that you do your best this holiday season and drive higher sales. 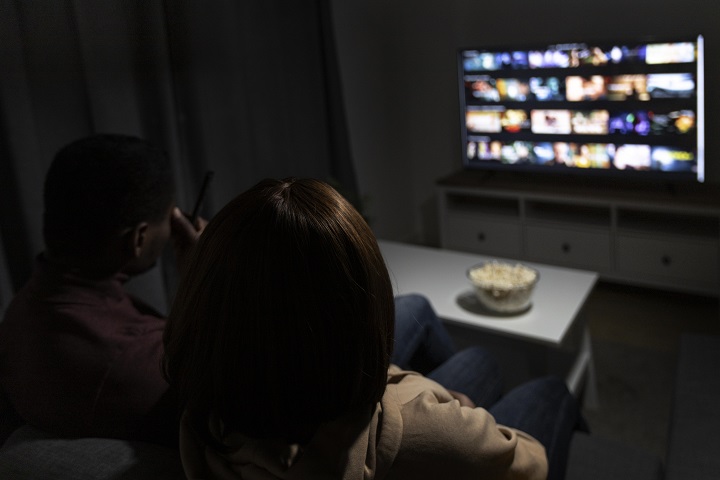 Why & How OTT Players Need to Optimize Video Recommendations on their Platform?

Wondering how to deliver personalized video recommendations? Here are the top 3 strategies you need to know.