The AI Algorithm That Got TikTok Users Hooked 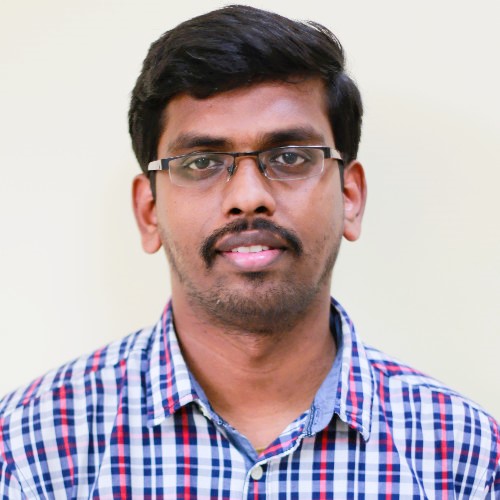 Unless you have been living under a rock, everyone has heard about the internet sensation that is TikTok.

With nearly 689 million international TikTok users and approximately 600 million Douyin (as TikTok is known in China) users per month, stating that the video-sharing app is “popular” would be a grave understatement. As of December 2020, it has reigned supreme as one of the most-loved apps with nearly 6 billion lifetime downloads.

So what transformed TikTok from a lip-syncing, renegade dancing app to the center of all viral trends? And what is the secret ingredient that makes it so addictive and unputdownable?

The answer lies in the highly sophisticated TikTok AI algorithm and its AI-powered recommendation engine.

Let’s deep dive into the AI algorithm that has catapulted TikTok to new heights.

What Made TikTok’s “For You Page” (FYP) So Unique?‍

While YouTube, Facebook, and Instagram are also bustling with cute cat or derpy dog videos, TikTok took it to a whole new level with its AI-driven algorithmic personalization. You can check out a detailed week-by-week comparison of performance metrics of various social media sites for the last eight years here.

TikTok helped content creators connect with audiences based on commonalities to develop a symbiotic ecosystem. And to achieve this effect, it followed a two-pronged strategy - curate a personalized “For You Page” to retain app user interest and boost influencer reach to reward them for creating valuable content.

Employing these techniques kept creators and viewers busy and got them hooked to the app. Allow us to illustrate how it gains an edge over other social platforms.

Key Components of the TikTok AI Algorithm and its Recommender System‍

TikTok changed the rules of the game with its user-centric design.

The chances of getting viral were delineated from the number of views or followers of the content piece or account. On the contrary, it focused on capturing user information to learn more about their preferences and deploying AI-powered recommendation engines. It harnessed its self-learning capabilities to fine-tune the user preferences and only recommend content that the viewer would like.

The correlation between these elements depends on the data, its features, engagement metrics, and the governing algorithm. This interplay has a clearly defined motive - to keep audiences on the app for as long as possible.

Under the Hood: Possible Recommendation Workflow‍

While there is not enough transparency on how TikTok’s core algorithm operates, there are a few working theories based on expert analysis and user experiences.

Some posit that the videos are pooled into batches that score the content and push it towards a wider audience. As per this Batch Theory, the fate of a piece of content depends on what basket it ends up in. Others believe that TikTok follows an Authority Ranking system that taps into viewer’s interactions, such as likes, shares, etc., to position certain content creators to feature on your feed to get them in the limelight. For all we know, it could be a mixture of both (plus more)!

Either way, it all boils down to the user behavior that serves as breadcrumbs to offer direction to the algorithm.

When reverse engineered, TikTok’s AI-powered recommendation workflow could possibly play out as follows:

Once the user uploads the content, it undergoes a dual audit to eliminate any malicious or sensitive content.

First, the user-generated content is examined by a computer vision-based engine that flags copyright violations. It also performs traffic suppression for duplicate content. At the same time, the machine review utilizes NLP to generate transcriptions to understand the content better. Finally, the metadata is taken into account to check whether the content conforms to the rules and regulations.

During the second stage of the audit, a manual review is performed on the reported content. If the videos are found to be in violation of the terms and conditions of the platform, it is deleted.

Once the content has passed the audit, it enters the information flow funnel.

Based on content features, they are bunched in a cold start traffic pool that determines the exposure. This cold start acts as a level-playing field as everyone, from a new user or an influencer, starts from scratch here.

Based on these inputs, the recommendation engine can weigh the performance of the content and assign a score to it, indicating quality, relatability, and engagement. The high-performing content, limited to the top 10%, steps up in batches with greater traffic exposure.

Using the feedback collected in the previous step, the traffic pool undergoes further analysis by the AI engine for reaching a decision on the further course of action. The outperforming content is further amplified to target user groups and profiles, which strengthens its position.

Less than 1% of the overall content ends up on the coveted trending pool. Such content pieces enjoy unrivaled exposure that is many folds higher than any of their counterparts. These top-tier content pieces are promoted indiscriminately, regardless of the user profile and their interests. For example, the videos for BLM protests were magnified to this level.

Another component of TikTok’s AI-based workflow is delayed ignition. Here, the existing content is reviewed and later gains enormous traction after weeks.

The content may come to highlight for two main reasons:

Regardless of the algorithm or workflow, the AI-based recommender system is the core element for TikTok’s growth and success. It has maintained healthy engagement rates, lowered exit rates, and promoted content creation - the perfect recipe for any digital application. The same extends to other lines of businesses that are operating in the digital ecosystem.

So whether you are an eCommerce website or a content streaming platform , an AI-driven recommendation engine can boost businesses across different industries and verticals.

Don’t know where to get started? Contact the experts at Argoid and allow us to pave the way!

How to Create a Sales Funnel for Your Shopify Store
How to Upsell & Cross-Sell on Shopify
Driving Traffic to Your Shopify Store: All You Need to Know
The Ultimate Guide To Shopify Analytics
10 Best Shopify Blog Examples: Actionable Takeaways + Practical Tips
Shopify vs. Shopify Plus: What's the Difference?
Cross-sell vs Upsell vs Down-sell: Everything You Need to Know
Amazon Shopify Integration: A Complete Guide
Natural Language Search: How Does It Work?
Black Friday eCommerce Sales: Best Strategies, Tactics & Ideas For 2022
Getting set for the BFCM Shopping Season 2022- Part 3
Getting set for the BFCM Shopping Season 2022- Part 2
Getting set for the BFCM Shopping Season 2022- Part 1
How to Add Reviews on Shopify
Best Shopify Form Builder Apps in 2022
How to Get Sales on Shopify: A Complete Guide
Faceted Filtering for eCommerce Websites: The Definitive Guide
Argoid Product Recommendations for Shopify - Onboarding Guide
Federated Search 101: A Guide on What It Is and How It Works
What is Search UI? Best Practices and Examples - Argoid
No Results Found Page: Everything You Need to Know
eCommerce Merchandising: The Ultimate Guide
Decoding Amazon's Recommendation System
13 Ways eCommerce stores can Increase Customer Lifetime Value
Crucial E-commerce Site Search Metrics You Should Keep an Eye On
7 Last Minute Mother’s Day Marketing Ideas for eCommerce Businesses
15+ Must-have Resources for Women in eCommerce
Recommendation Systems - Understanding The Basics
Earth Day Marketing: How to Stand Up for the Planet
The Only eCommerce Personalized Search Strategy You Need
7 Emerging Occasions That Are Becoming Popular for eCommerce Stores
20 Best Shopify Apps to Multiply Store Conversion in 2022
10 Fashion eCommerce Trends to Watch Out for in 2022
The Argoid Edge: Why Argoid Wins over Competitors in Site Personalization for Fashion
15 Strategies to Improve your eCommerce Store's Profit Margin
How User-Generated Content can Redefine Your eCommerce Store's Performance - The Ultimate Guide
Is International Women's Day the Next Big eCommerce occasion?
An Ultimate Guide to eCommerce Push Notifications [+ Mistakes to Avoid]
The Ultimate Guide to eCommerce Personalization
A/B Testing To Increase eCommerce Conversion Rates - Everything You Need To Know
5 eCommerce Myths you should Break with a Hammer Right Now!
5 Unique Product Bundling Ideas with Examples for eCommerce Stores
Don’t Know How To Segment Customers? 6 Customer Segmentation Strategies Only For You!
10 Top, Conversion-friendly Shopify Themes to Grow eCommerce Business in 2022
How to Design Highly Converting Product Pages for your Shopify Store? 10 Easy Tips
Will you be my Valentine? - An eCommerce Store's Valentine's Day Handbook
10 eCommerce mistakes to avoid in 2022 [+ Solutions!]
Dropping Store Conversion Rate? These 15 eCommerce Metrics Will Tell You Why
OTT Streaming Consumption Trends - A Quick Recap Of 2021 And What To Expect In 2022?
Decoding the Popular Instagram Recommendation System - Everything You Need to Know
How Content Personalization Will Empower eCommerce Stores In 2022?
15 Product Recommendation Examples To Convert Browsers Into Buyers
The Ultimate Guide To Shopping Cart Abandonment
10 eCommerce Personalization Trends To Watch Out For In 2022
Personalized Shopping Experience For Your Shopify Store - Where To Start?
Product Recommendation Engine - Should you buy or build?
How To Leverage AI To Reduce Churn and Improve Customer Loyalty In eCommerce?
5 Use Case Scenarios for Recommendation Systems and How They Help
5 Quick Tips To Improve User Experience on An OTT Platform
How AI & ML Play a Role in the Transformation of eCommerce Retail
How does Netflix recommendation system manage to maintain a low churn rate?
Why & How OTT Players Need to Optimize Video Recommendations on their Platform?
Improving Shopify Conversion rate : All You Need To Know
10 Hacks to Improve eCommerce Product Recommendations for a Next-gen Customer Experience
The Trade-Off Between Real-Time & Relevance
Breaking The Boundaries — Personalizing E-Commerce And OTT Media
Personalization In The OTT Space For Better Recommendation And Smarter Video Analytics
Intelligent Content Discovery For User Engagement And Retention On Digital Streaming Platforms
What Is Retail 4.0 And How Is E-commerce Stores Driving it to Boost Conversion?
Rewarding Loyalty: How To Improve Conversions For Your Repeat Customers
How Does Netflix's Recommendation Engine Work?
How Does Personalization Impact Your E-Commerce Business In 2022
How To Personalize Products Recommendations For New Customers
The AI Algorithm That Got TikTok Users Hooked
Under The Hood Comparison: Recommendation Engines Using Different Technology
Boosting Sales With A Product Recommendation Engine
Top 3 Reasons Why Customers Abandon Cart & How AI Can Help Overcome Them
How To Improve Conversions For New Customers?
eCommerce Jargon Every Store Owner Must Know: Mini-Glossary Of Terms
How To Fix The Leaky Bucket Of Customer Churn Through Following Best Practices In Retention?
How E-Commerce Personalization Converts Browsers Into Buyers
Recommendation Engines In AI: All You Need To Know about AI-based Recommendation Engine 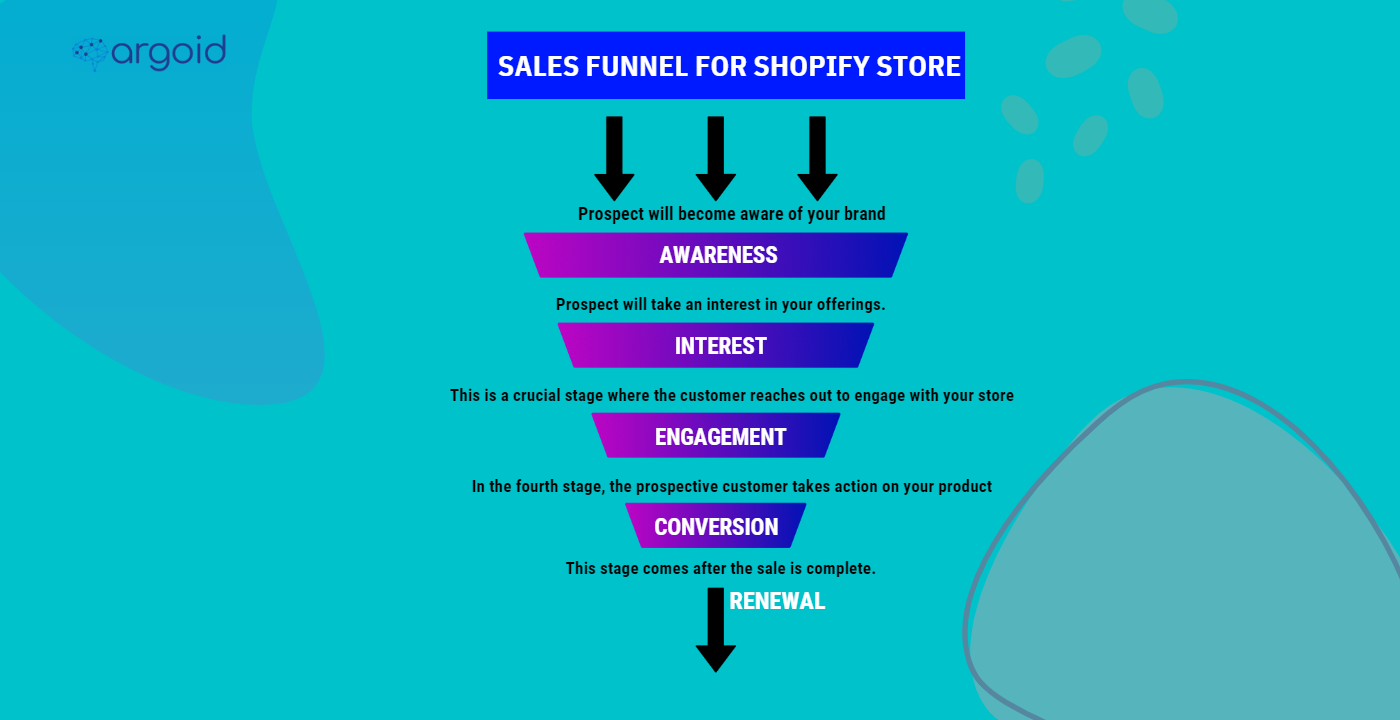 How to Create a Sales Funnel for Your Shopify Store 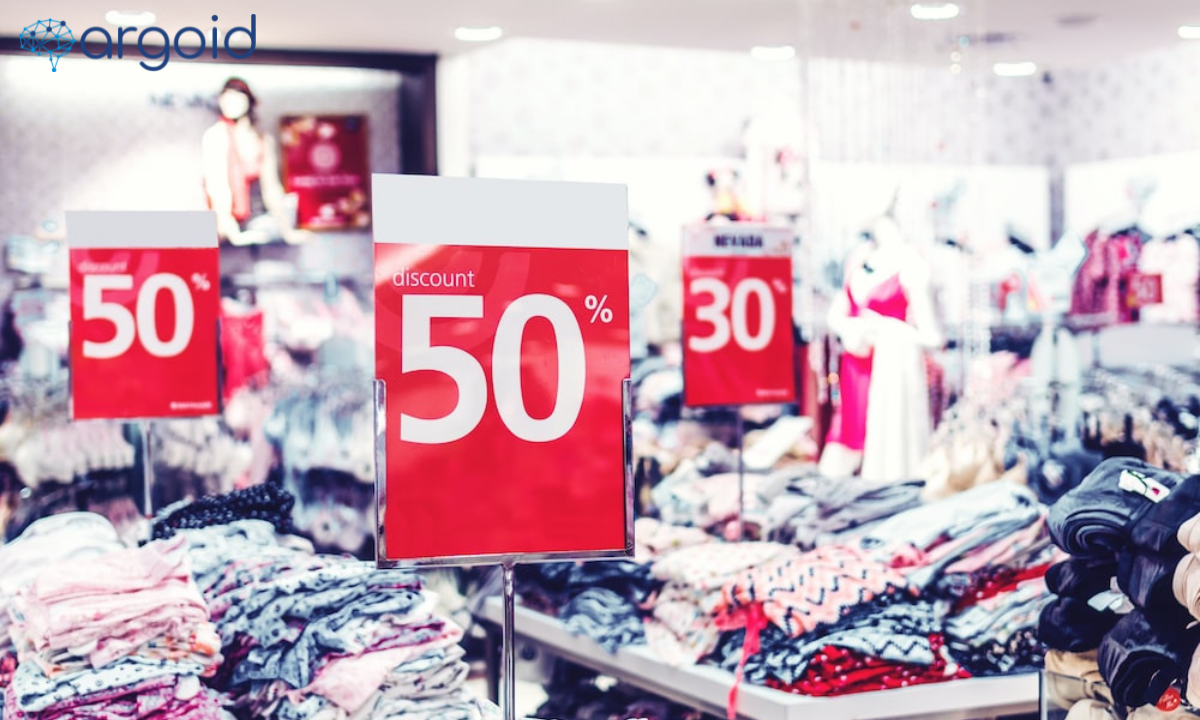 How to Upsell & Cross-Sell on Shopify

A detailed article on upselling & Cross-sell and top tips for upselling and cross-selling. 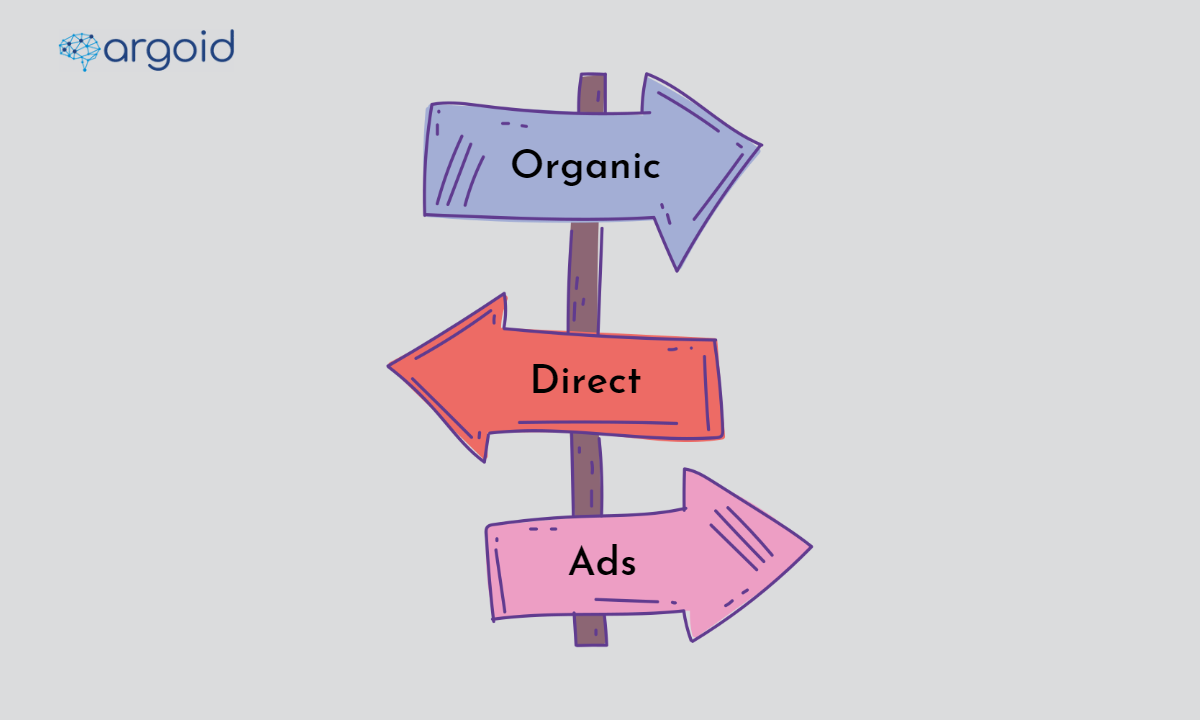 Driving Traffic to Your Shopify Store: All You Need to Know 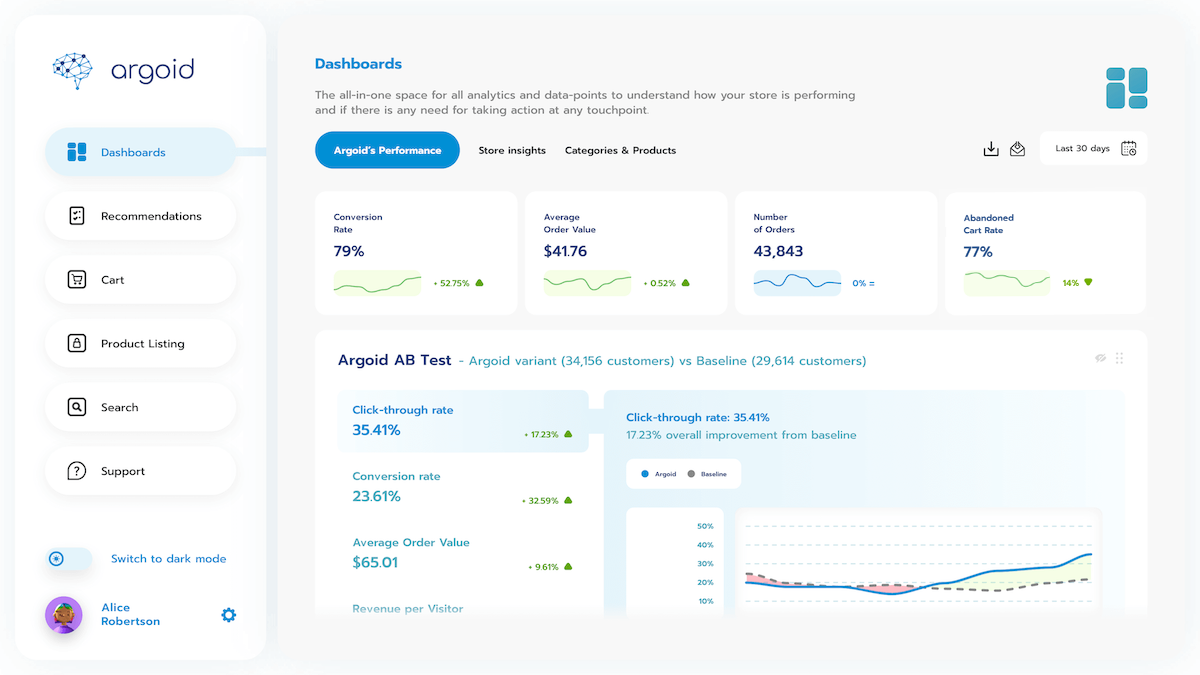